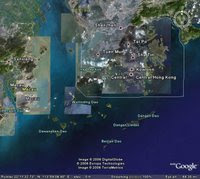 This is an official invitation for you to present "The role of prefrontal lobe in FEP: Evidence from PPI analysis" at the 1st Conference of Sino-Western Exchanges in Cognitive Neuroscience (CSWE-CNS 2006), October 25-28, 2006 in Beijing, China.

CSWE-CNS 2006 is the first biennial conference held by CSWE-CNS in the area of cognitive neuroscience. The aim is to advance the researches of cognitive neuroscience in China through intensive and close collaboration between Chinese and Western scientists. The 2006 conference is organized by the State Key Laboratory of Cognitive Neuroscience and Learning, Beijing Normal University, and the McGovern Institute for Brain Research and the Department of Brain and Cognitive Sciences, Massachusetts Institute of Technology.